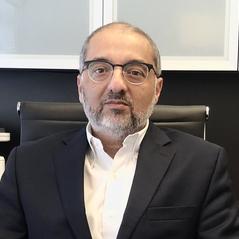 Farrukh Ahmed, graduated from University of Toronto in 1987 with a Bachelor of Commerce Degree. In 1992 he received the CGA designation, and in 2013 became a member of The Chartered Professional Accountants of Ontario. Since 2019 he has been teaching as a Part-Time Professor at Sheridan College. From 1987 to 1993, he worked with 3 major organizations which included public accounting firms, a major public company, and the Canada Revenue Agency. These experiences have put him a position where he can now best serve individuals, and business owners with all their tax needs,

Since 1993 he has been in public practice and since 1996 we’ve been serving clients from his present office location in Mississauga. Over the 25 plus years he has had the pleasure in dealing with many extraordinary individuals and business owners and has gained insights into many different businesses and industries. Below is a partial list of some of the professionals he has worked with:

One of the most valuable experiences that Farrukh Ahmed has obtained in his career was the experience acquired while working for the CRA. It was this practical experience that has aided the success of the firm over the past 25 years. It has enabled him to understand how the CRA operates and how to effectively communicate with the CRA on behalf of his clients. We have successfully defended many clients over the years facing varying tax issues with the CRA.

At Farrukh Ahmed, CPA we are commited to ongoing Professional development to ensure that we are up to date with all the latest Tax and Accounting regulations.